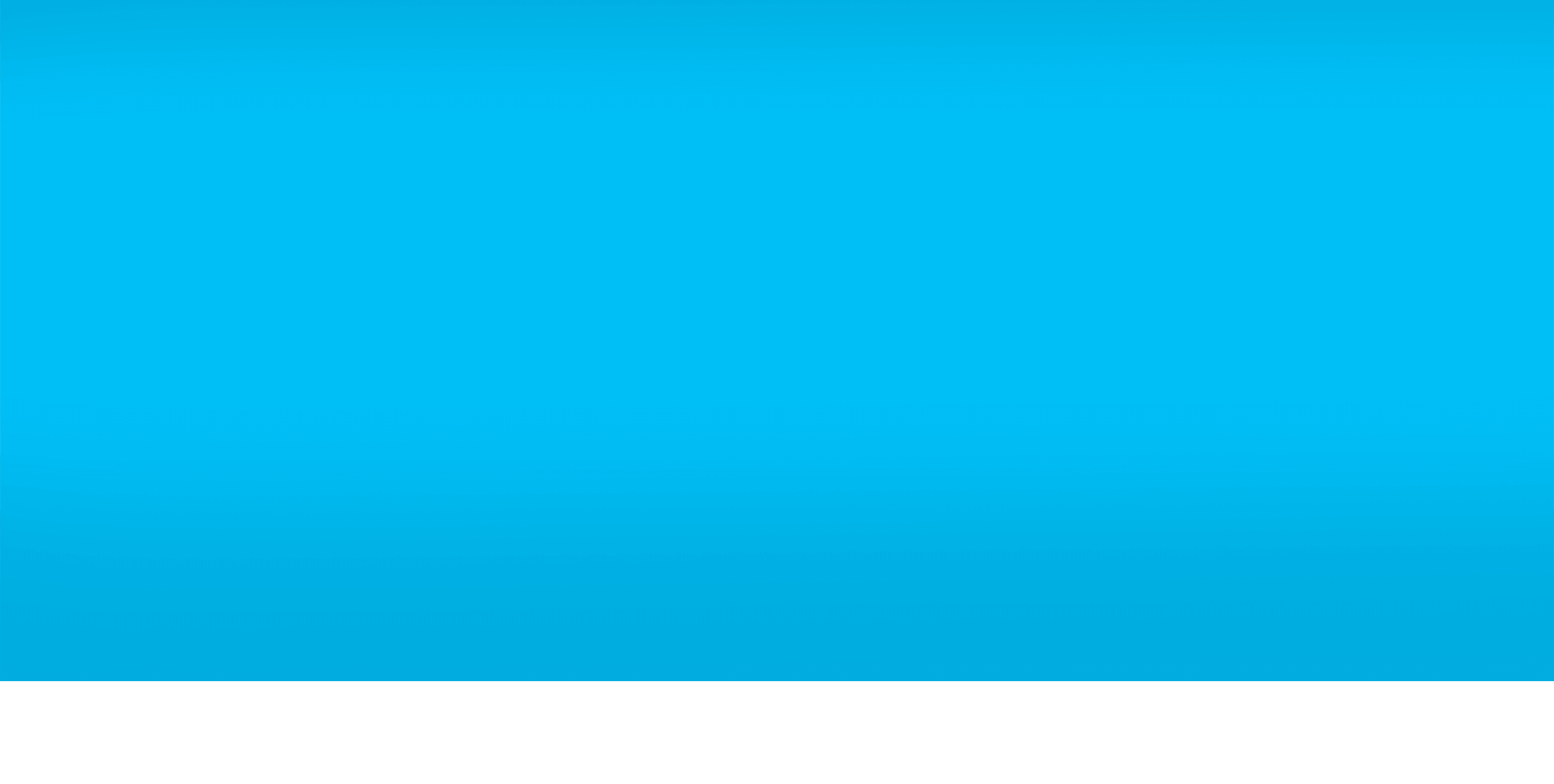 You are here: Home / Miscellaneous / The most popular sunglasses trend the year you were born

Sunglasses, the ultimate practical accessory, have been a hallmark of style long before we had any reason to fear UV rays. While some of the most iconic trends, like aviators and wayfarers, may come from utilitarian military use, everyone who’s been anyone over the last 60 years understands that the distance provided by shades over your eyes instantly ups your cool factor.

Fashion and pop culture constantly form a feedback loop, and the history of popular sunglasses shows little exception – the biggest trends in eyewear can often be traced back to the movies and music that defined their time. Here are some of the most iconic sunglasses through the years.

While cat-eye frames may be more closely associated with the extravagantly feminine, early Cold War look of the 1950s, more subdued versions of these big, raised-corner frames were popular in the early 60s as well, a la the iconic style of Audrey Hepburn in “Breakfast at Tiffany’s.”

Late ’60s – Oversized and dark shades were the height of fashion.

Mod had its moment in the later ’60s, popularizing big, colorful frames in geometric shapes, like those famously seen on Twiggy. On the more classic side, Jackie O. remained a style icon long after her time as First Lady was cut short. Many designers created frames specifically for her, always in line with her large, dark, rounded preference.

By the time John Lennon launched his solo career in the early 70s, his signature tiny round sunglasses had hit the mainstream. Often sold with colorful lenses, these tiny frames became a psychedelic, hippie staple.

Disco brought back big shades, but by this point lighter-tinted lenses were more in style than the reserved anonymity of dark sunglasses. Masculine styles often featured double bridges over the nose (think “American Hustle”) while the divas of disco tended to sport round or rounded-square plastic frames in sun-kissed gold or other light colors.

1980 – Robot sunglasses had a moment in the future-oriented early ’80s.

The ’80s was a decade known for oddball, maximalist trends, but any sunglasses retrospective would be remiss to leave out the futuristic shades worn most notably by the band Devo. (In a case of art imitating life imitating art, these funky frames appeared again as a sample of adolescent style in the opening sequence of “Sixteen Candles” in 1984.)

1983 – Wayfarers returned for some risky business.

Originally hitting the market in the 1950s and ’60s, Tom Cruise’s role in “Risky Business” is responsible for the resurgence of wayfarers as essential cool-kid shades. This iconic stylising was actually a bit of paid placement by Ray-Ban meant to boost sales of the style, and boy did it — from under 20,000 pieces a year to four million by the end of the 80s.

Hip-hop was another major source of popular fashion inspiration in the 1980s, and the big nerd-glam glasses worn by the members of Run DMC were a prime moment in the history of ’80s frames. Run DMC’s first album dropped in 1984, but the trend endured far longer.

Browline-style sunglasses originated in the ’50s and ’60s, hence their eternal throwback vibe, but Bruce Willis made them on-trend in the mid-80s with TV show “Moonlighting.”

Like wayfarers, aviators are another classic style that seems to enjoy a surge in popularity every other decade. This time was supposedly due to another deal between Ray-Ban and Tom Cruise’s face. As a navy man in “Top Gun,” Cruise famously sports big aviators with dark shades.

Everything weird and dark was cool in the early ’90s, including these bizzaro sunglasses with holograms of various pictures on the lenses. From skulls to marijuana leaves, edgy teens could obscure their eyes with a variety of shapes for the ultimate distant-cool look.

1993 – Colorful ovals exemplified the intensity of the early 90s.

Kurt Cobain’s sense of style often included adding gender-bending touches of glam to the otherwise drab grunge aesthetic, and his affinity for Christian Roth’s plastic oval frames (marketed as women’s eyewear) is a notable example. He famously wore a white pair in a 1993 shoot with Jesse Frohman, the last formal spread he sat for before his death just eight months later.

In an ironic break from their “peace and love” vibe of the ’60s and ’70s, the “Lennon” glasses returned in 1994’s “Natural Born Killers” starring Woody Harrelson and Juliette Lewis. This time, the cool of these tiny frames had a much more sinister vibe.

When “Clueless” came out in the summer of 1995, Amy Heckerling and costume designer Mona May essentially created a new aesthetic that was fresh, fun, and more optimistic than the grunge haze of the time. Along with a lot of plaid sets, the movie gave us adorable mid-century throwbacks like Christian’s jazzy rectangles.

Small dark shades, especially those with silver frames, were to be seen on everyone from TLC to Brad and Gwyneth in the mid- to late-90s. The look was oriented toward the turn of the millennium but avoided the over-the-top, costumey futurism of ’80s fashion.

Runways are rarely where a trend originates, but rather where the popular gets elevated to elite status. Thierry Mugler’s Spring Couture 1997 collection may be a rare exception. Nodding to the glam, goth, and weird vibes that had been coursing through ’90s style up to this point, the “Insect Woman” collection gave us big, black frames that took the term “bug-eyed” to new levels.

As the era of “heroin chic” came to an end, young stars set lighthearted trends like colorful frames, like Britney Spears’ many girlish looks and the Olsen twins in “Billboard Dad” – just one of many Olsen sunnies looks to come.

2000 – Chloe’s tinted aviators were all the girly-girl rage.

People couldn’t get enough of these clear sunglasses in a colorful gradient – often bedazzled with Swarovski crystal hearts. They even appeared in films like “Charlie’s Angels.”

2002 – Oversized frames made a comeback.

Bug-eyed frames were the must-have accessory of the aughts. From the return of the Jackie O. classic look to more colorful, celebutante favorites, giant lenses, the persistent trend that defined the decade, evoked modern Hollywood glamour.

2003 – Paris Hilton had everyone thinking pink.

The early aughts made unabashed girliness a leading trend (just think of femme girl power heroes like Elle Woods in “Legally Blonde”). Hotel heiress/style icon Paris Hilton was known to dress all in pink, even up to the frames of her sunnies.

2004 – Shiny shields were on every celebrity “hiding” from the paparazzi.

From Paris Hilton to Britney “Federline” Spears, tabloid divas were sporting big shield-shaped frames with dark-tinted lenses. While dark sunglasses usually give an air of privacy and anonymity, truly nothing shouts “conspicuous” like giant plastic frames with colorful accents.

No longer merely the signature of high-performance sports sunglasses, reflective lenses were on fashion sunnies everywhere in the mid-aughts, from “Dukes of Hazzard”-era Jessica Simpson to the newly-broken-up Bennifer.

Aviators got yet another new life in 2010 especially if they were in big sizes or bold colors.

2011: Rectangular sunglasses were bold and on-trend.

Sunglasses stayed larger than life in 2011 with the rise of rectangular sunglasses often in bold bright colors and combinations.

While flashy and colorful sunglasses had been on trend for years, in 2015, people began putting those colors directly on the lenses. These glasses were often reflective and shiny with a mirrored effect.

2018: Tiny sunglasses were a thing again.

Tiny sunglasses took the world by storm in 2018 and you’d be hard-pressed to find a star that hasn’t tried this trend on for size.